As usual C++ development follows hot on the heels of the latest Delphi enhancements and, as usual, you feel “as soon as we have that, it will be really good product” !

There are lots of exciting things to come, take a look: 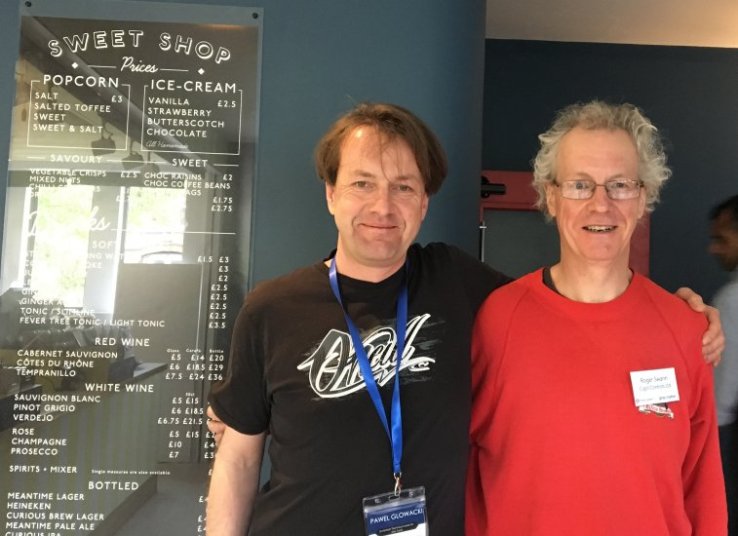 Just back from the Embarcadero presentation in London, at which the principal speaker was Pawel Glowacki. The photograph shows Pawel in a characteristically friendly mood and also the venue’s bar menu! A very interesting day highlighting recent innovations in the latest Tokyo 10.2 release of RAD studio.

Small but significant improvements in the IDE (including the first tastings of “Quick Edit” of component properties (currently just VCL but FireMonkey promised for the future) were followed by an introduction complete with demonstration to AppTethering. This powerful (yet easy to implement and use) technology is also available with the new Linux Delphi compiler which was also covered in some depth.

The presentation also included the FireMonkey for Linux desktop third party application that has been developed by one of the key designers behind the original FireMonkey development. I was not the only one in the audience who was curious as to why this branch in the “Embarcadero RAD studio does everything” tree was being developed by a third party company.

The fairly intensive morning was concluded with an introduction to the power of RAD Server (previously known as Enterprise Mobility Services) including an example showing how it can be used to run specifically developed RAD server *.bpl packages.

Stephen Ball was also on hand to provide up to date information on the latest version of InterBase (InterBase 2017).

The drive behind the day was provided by the UK Embarcadero software reseller, GreyMatter. It is great to meet other enthusiastic Delphi and C++ developers and to pick up tips and development methodology from Embarcadero experts.